Every day, my son has something witty, wise or downright hilarious to say.  Instead of blowing up my Facebook feed with it, I though I’d just create a spot here.  Here is this morning’s gem:

I have to preface it with telling you that recently, he has gotten very into “pop” music (much to the dismay of his parents…especially his dad).  This morning, he made the observation that much of the pop music he hears is just the same chorus over and over and over.  And —-

I like P!nk a lot better than Katy Perry because it seems like her songs actually say something important instead of just partying and falling in love.

And that, my friends, is Life According to Jake. 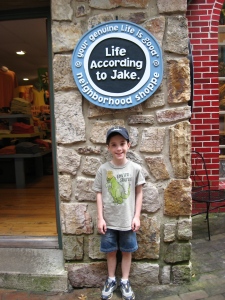