I have writer’s block.  I have been trying to compose a post in my mind for a few days and now, as I sit in front of my screen, I will type out a few words and then delete them.  I’m not often speechless.  It’s not as though I don’t have a lot to say.  It’s that there is so much to say that I can’t even organize my thoughts.  And, even if I could, the words would be insufficient to express what’s in my heart.

It was 19 years ago today that I married my best friend.  Lloyd came along at a time in my life when I felt more alone than a person should ever feel.  I wasn’t really interested in a long-term relationship.  I definitely was not interested in getting married (ever) and I certainly didn’t want kids.  I did not believe in soul mates and happily ever after.  And, then I met this guy to whom I was immediately drawn.  Yes, there were reasons — he had a “still waters run deep” air about him, he was smart and wickedly funny and yes, I thought he was hot.  But, none of these really explain the attraction.  From almost the moment I laid eyes on him, I knew I wanted him to be part of my life.

We eloped almost exactly a year from when we started dating seriously.  In retrospect, it was impetuous.  But, we just wanted to be together.  At the time, only one of us had a job (and it wasn’t a well paying one) and we didn’t yet have a place to live.  So, we lived with my inlaws for a few weeks until we were able to move into our own apartment.

Let that sink in for a minute:  I ran off and married the eldest son and then came back to live with his parents.

I don’t exactly remember the vows I recited that day, 19 years ago.  But, I know they were traditional in nature.  Sickness, health, richer, poorer, we pledged to love eachother as long as we both shall live.  And over the years those vows have been tested as we have faced the kind of trials that even the strongest marriages can’t endure.  And every year, as we celebrate this day, I think that there is no way that I could love this man any more than I do today. But, I do.  I am abudantly blessed to have married a man who loves me despite my failures and short-comings, who believes in me despite my insecurities and who makes me want to be a better person.

And, he does dishes and laundry.

On our honeymoon in Key West, FL 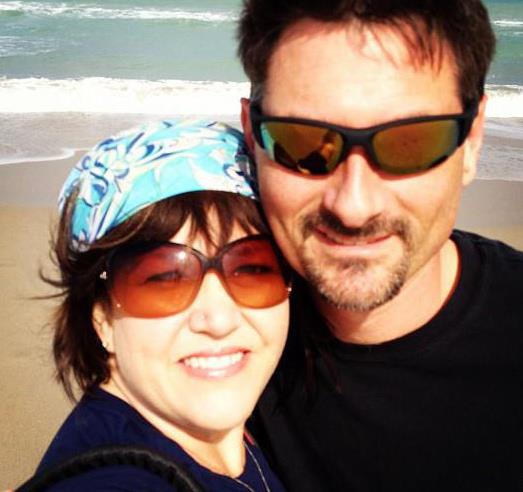