I realized that I should follow up on my “What’s Wrong with Bullies” post. While most of our friends on Facebook know how this has all played out, something happened yesterday that made it realize that there are people following this story that don’t have the inside information.  I forget sometimes that my blog is public and it still surprises me that anyone reads it.

The power of social media is amazing.  Within a few hours of posting, Ian Desmond, Nationals shortstop, tweeted the following:

RT @iandesmond20: @ScreechTheEagle shout out to my man with all the #natitude. I like the hat. Bring it to #NatsFest and I’ll sign it.

I was floored.  I’ve always known that Ian Desmond is a class act, on the field and off.  But, this was completely beyond my expectation.  And Jake was thrilled, of course.  Suddenly, the jerks at school seemed a lot less important than they had the day before.

@l8dybug @nationals Wearing a screech hat to school is cool. Even better? Bringing the REAL Screech to school! DM me to make it happen!

I exchanged emails with “Screech” and we are going to talk next week to see what we can come up with.  (I sure hope he does something other than whistle or at least brings along an interpreter).  I am hopeful that whatever we come up with will be well received by the school.  We’ll see.  Either way, I know that they will be supportive of Jake.  The VP is amazing and I know that they are committed to having a bully-free environment at the school.

NatsFest was yesterday.  Jake woke up with a migraine early in the morning morning and we were afraid that he might not make it.  But, he rested and rallied and we had a great time.  He had his picture taken with the Presidents and Screech and got to get autographs from Tyler Clippard and Ryan Mattheus.  Then, a crazy thing happened when we were standing in line for autographs.  This woman walked up to us and said, “Are you the boy who blogged about getting teased for wearing the Screech hat?”  We said yes and she put her arm around him and told him not to let those kids get to him.  After she walked away, Jake and I looked at each other in amazement.  That was just surreal.

It wasn’t looking good for getting Ian Desmond’s autograph.  I told Jake that we were going to have to go home soon and his face fell.  I asked him what was wrong and he said that he was just disappointed.  I took a deep breath and looked around.  I spotted a group of suits standing near by and went up to them and asked if I could tell them a story.  I relayed the whole situation and asked if there was any way they could connect us with Ian.  One told us to “stay here” and he walked away with his phone to his ear.  He came back a few minutes later and told us that Ian would be doing story-time downstairs in a few minutes but that he couldn’t guarantee anything.  We headed down there and I managed to find one of the marketing guys, who I also relayed the story to.  He told us to stake ourselves out by the door that they would be taking him out through.

As Ian was leaving, Jake called out “Ian!”.  He turned and said, “Hey kid…I like your hat”.  Then, he stopped and said, “Oh wait…I told you I’d sign that didn’t I?”  At this point, a whole mob of kids was rushing toward us.  The Nationals handlers quickly created a human shield and said that there would be no autographs and that this was a special occasion.  Ian signed Jake’s hat, remarking that he’d never signed a Screech hat before.  Then he asked if Jake would like a picture to prove that it was actually him who signed it.  I really had to fight back the tears and Jake was grinning from ear to ear.

As we were leaving, I shook his hand and thanked him for making such a difference and that he’d helped to turn a bad day into one of the best days ever.  As we walked away, Jake told me that it was more than a good day…it was life-changing.

I am not looking to make my son a celebrity.  I just did what I could to help him see that there is life beyond 7th grade and that people who really matter…people who care…and that 7th grade insults should be insignificant.  I know they aren’t though and so it was important for me to make him understand that just because people say things about him, that doesn’t make them true.  I also wanted him to see that one person can make a difference and that your voice matters.

As for me…I went way outside of my comfort zone yesterday.  Writing a blog is easy.  But, yesterday was not easy for this introverted personality.  But, I’d do it all over to see the smile on my kid’s face.

As for all of you…thank you for the support you have shown.  Those of you who know him personally know that Jake is a great kid with a big heart.  He told me that he’s read your comments and that they have made him feel really good.

Jake with the Racing Presidents and Screech. 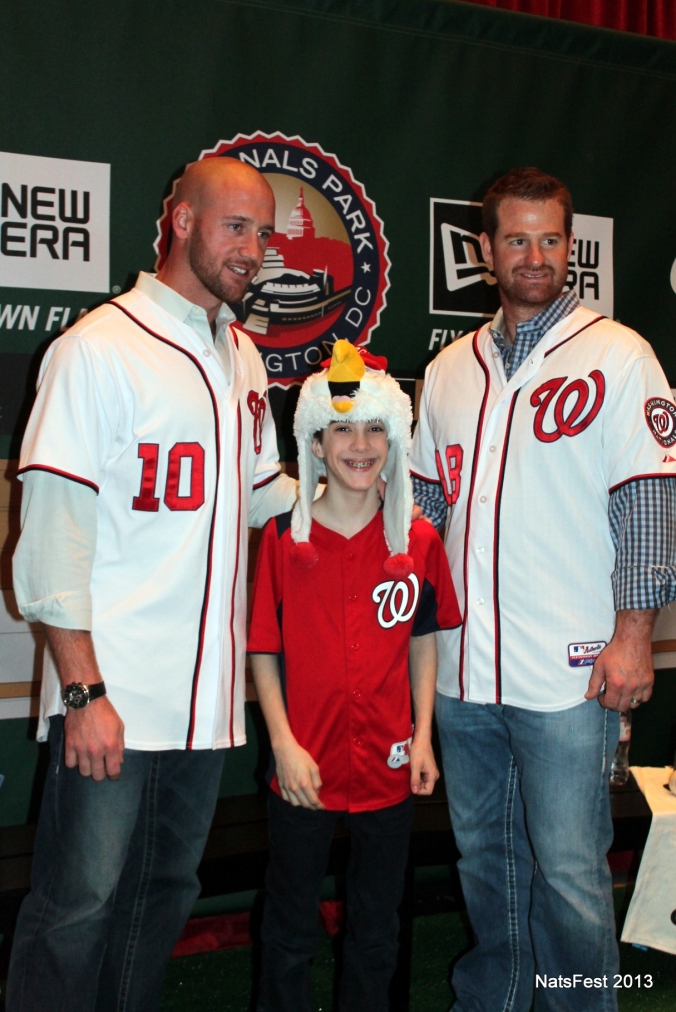 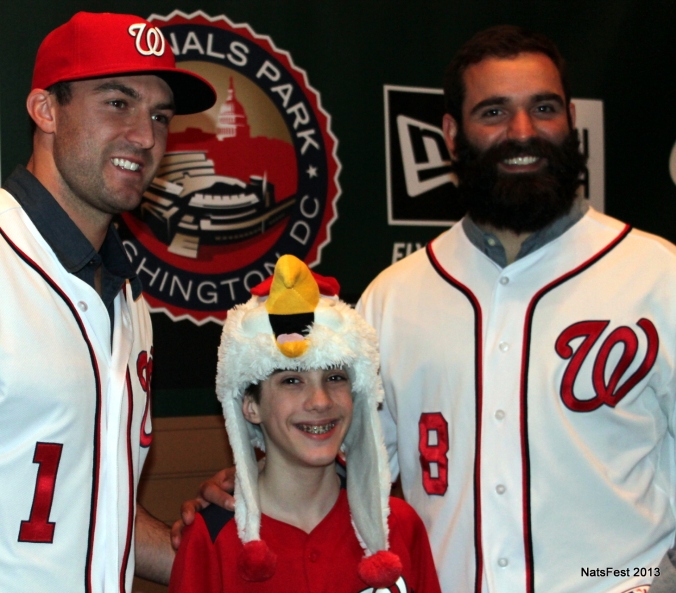 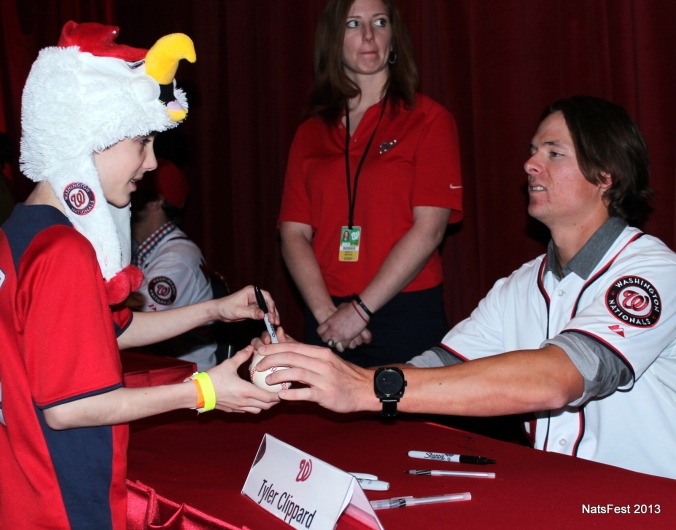